Feast of the Annunciation & Vows as a Daughter of Charity 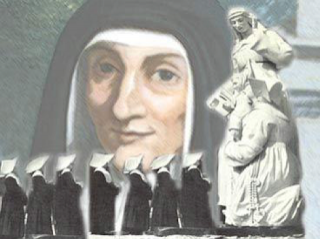 The Feast of the Annunciation celebrates the moment in which Jesus became human and entered the world as one of us. It was, at one time, known as the Feast of the Incarnation because it highlights the humanity which Jesus shares with us. In our Vincentian tradition, the incarnation is important as we see the face of God in others, especially people in need.

Of course, it is also a feast which celebrates Mary as the model of discipleship for us. In the parallel accounts of prophecy to Zechariah and Mary in the first chapter of Luke's gospel, we learn some important elements of what it means to be a good disciple. Zechariah hears the prophecy of the angel about the birth of John and is fearful and troubled. His first question is centered on himself and he asked, "How can I know this?" He has trouble truly hearing the words of the prophecy given to him and is, therefore, struck dumb--perhaps not as a punishment, but an opportunity given to him so that he must listen and take in the gift that God has given him. 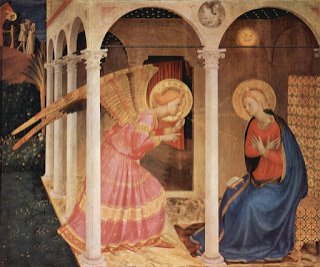 Mary's response, in contrast, gives us a different view of how to be a disciple. When Mary encounters the angel, she is also troubled, but she listens to the words of the angel. She raises an objection which is really her searching for understanding. She doesn't receive an explanation, but is given an assurance that God will be with her. Her response, however, is her unqualified YES. She, a young woman in a society in which being either of those rendered one powerless, gives a YES which affirms her identity and trust in God. Mary gives this YES because she has been listening to the voice of God and has faith that God will be with her, no matter what happens.

For Daughters of Charity, this day is a special day because it is the day that we make our vows for another year. We make our life commitment as Daughters of Charity before we ever make vows, but the vows reflect that commitment. Each year, we are graced with the opportunity to reflect upon and renew our commitment to God and to the service of people living in poverty. I am grateful for this time each year to stop and consider how I am living the vows. Each year, it seems a different vow is my focus as I have yet another lesson to learn about how to live each vow better. I take great consolation from being in this long line of women who have been saying these words each year since the time of St. Louise.