I am always learning something

Today, for example, I learned that making "ice cream in a bag" with 23 kindergarteners is... too much like randomly pouring milk and water around the room and on oneself.

The kids loved it... especially wearing the socks on their hands (and arms) to keep from freezing their hands. 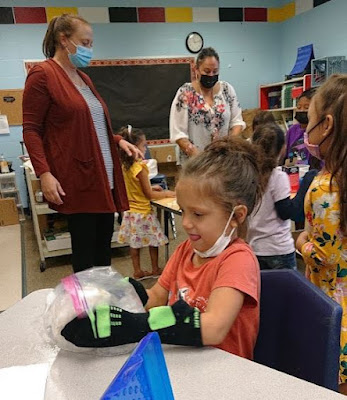 The three of us (Kindergarten teacher, para-professional and me), on the other hand, should get a medal. Or, an ice cream cone made with store-bought , not homemade, ice cream... to be consumed only in the company of people taller than 4 feet. 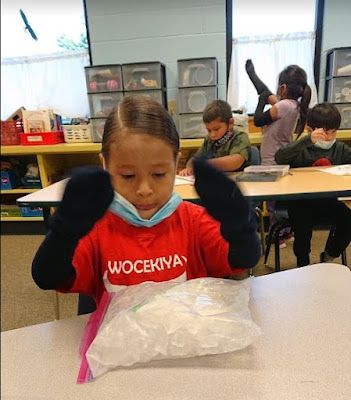 I have three more groups who chose this as their option for the week. Perhaps the activity will work well/better for the first and second graders?

At a minimum, I'm going to have to find some way to make it up to the janitor. Plus, it's probably good our classroom carpet never got cleaned over the summer... it now has new milk decorations and will, shortly, have new smells as well.

Here's to the New Year!!