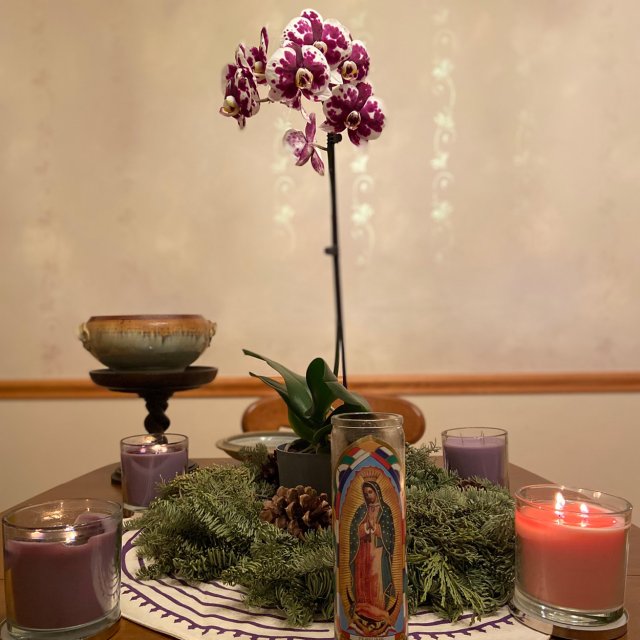 I, like so many people, feel like I’ve been living in an extended season of waiting: waiting for the COVID cases to decrease, waiting to hear if the upcoming semester would be virtual, and waiting to see family, friends, and sisters. In the midst of this waiting, I’ve found it hard to hang onto the prophetic hope that the Advent season carries.

This year, I’ve found myself reflecting on an experience from 2015 when, while working as a refugee resettlement case manager, I found myself journeying through Advent alongside a client who was waiting for her family to travel from Iraq. Each day, she would show up in the office to see if we had any more news about her family. After a few months, it became clear that her parents and brothers would not be resettling to the United States and we sat together in the office while she called her mother in Iraq. In the midst of their deep sadness, the mother said, “This is your new life that we have hoped for.”

In the midst of this Advent season, filled with daily counts of Covid, increasing murders in Cleveland, and the restart of federal executions, I must carve out time to sit with my community mates in intentional prayer for our world, for all those people whose hopes and longings are much greater than my own so that I, too, can live into the hope that this season carries.