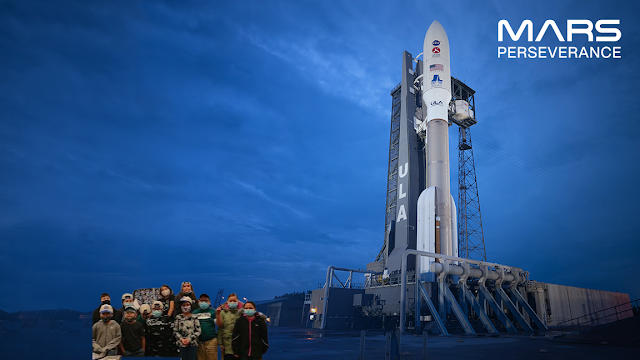 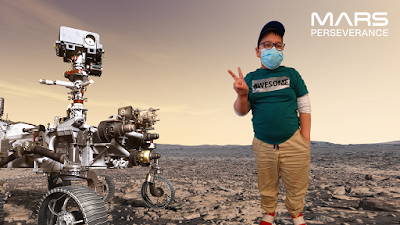 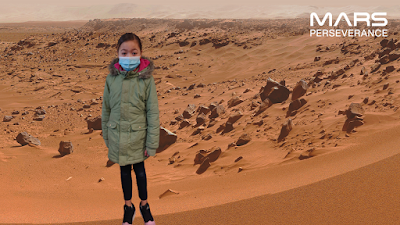 Kimamana at the Landing Site 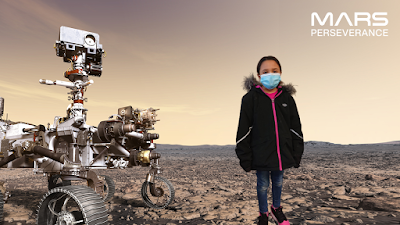 Wanikiya and the Rover
(That rover is very photogenic!) 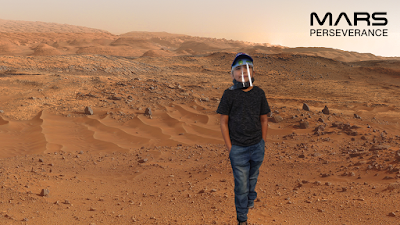 Cokaya (he's the one that made that video
we showcased on the blog during
the summer) near Jezero Crater.
The Backstory:
This year, my Grade 3 and 4 Math and Reading classes have been learning math/reading via an all-year science project focusing on NASA (Native American Space Academy), space science, and most recently, the planet Mars. As you know, the US landed the rover Perseverance on Mars last Thursday, after a journey of around 293 million miles (that would be 293,000,000 if you're my math student). What better reason to learn about huge numbers, astrobiology, challenging spelling words (you try perseverance!) and the excitement of real scientists and astronauts doing their passion projects.
What's next (on our journey)? Stay tuned!
This week is "Build a Mars Rover" week! It's all about research, measuring, plane and solid geometric shapes, and of course TEAMWORK. Do you know how many people it took to get Perseverance from Florida to Jezero Crater on Mars? I don't. Suffice it to say it was A LOT.
I've only got four teams of three (which, by the way, is a fantastic multiplication example)... and hopefully, I will have enough cardboard, foil, toilet paper tubes, Styrofoam, and hot glue!
[Need to brush up on current events involving recent space flights? Here's a link for you! ]