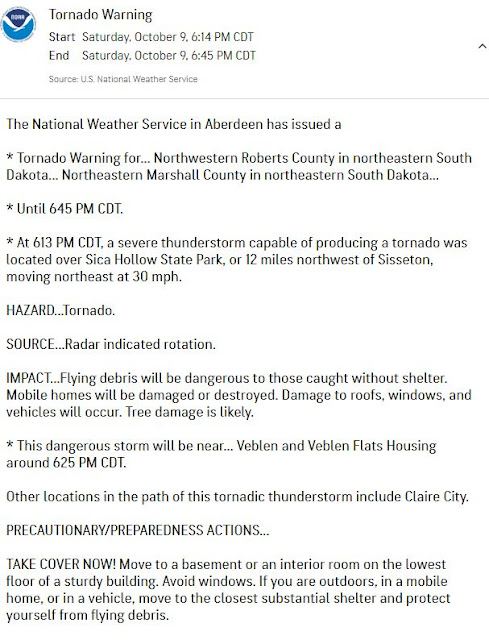 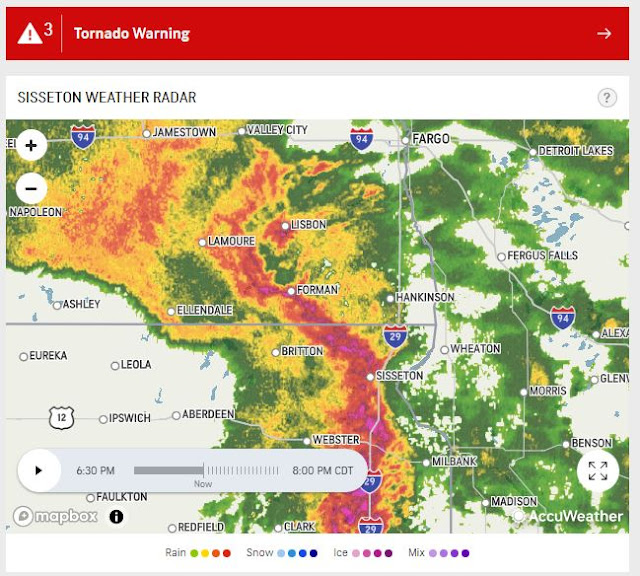 And for those of you wondering why Patrice was taking screen shots of tornado warnings as the sirens wailed.... smart phones are wonderful things! I could take shelter (in our convent's interior hallway) with neighbors from upstairs while using our internet to keep tabs on what was happening outside. 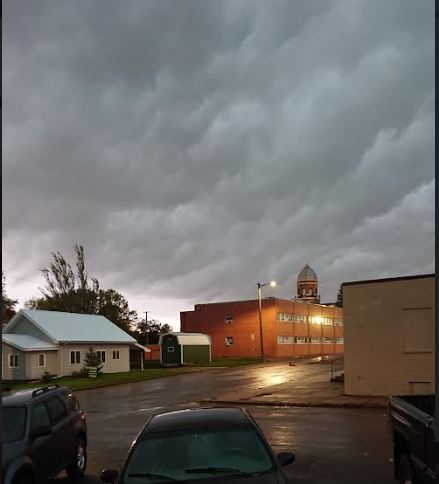 Clever me.
Okay, okay... I will confess... I did keep peeking out the windows in the living room and in the chapel. And, wow, was it WINDY!!
Lots of branches down, but it looks like no funnel cloud in Sisseton, itself. One of the neighbors had a police scanner, which reported "rotating clouds" up at Veblen Flats tribal housing and also near Claire City and Sica Hollow. The Sisseton Facebook page includes a feed from the local "storm spotters" up near Veblen as well.
Later (7:30 pm). Just rain now... and lightening to the east, since the storm is past and we've now just got a "severe thunderstorm watch" in effect until 10 pm.
The neighbors have returned to their upstairs apartments, flashlights and toddlers in tow. The forecast is for thunderstorms tonight- so I told them to come back down if the Sisseton area goes back into a Tornado Warning.
Gee, I like that weather alert app on my phone. It shakes the dickens out of the phone when a tornado warning comes. I'm sure it will wake me up!
Source URL:
http://glimpse-god.blogspot.com/2021/10/saturday-night-excitement.html