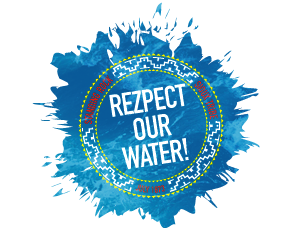 In light of the recent election and the awful atrocities taking place at Standing Rock North Dakota towards the Lakota Indians or “Water Protectors” as they like to call themselves, I find myself in a state of skepticism.  I was taught to trust in our democracy, in those voted into office to do the right thing and to honor and respect all people.

Today, I recognize that I have lived a life of blind privilege.  I was born in the United States of America, I have had the opportunity to receive my education and become whatever my heart desired.

I was given this gift because my ancestors bravely choose to leave behind our Native American heritage and give me the opportunities I have been blessed with.

In August 2016, I found out after taking a DNA test that I was 45% Native American.  I was shocked by this news. I always believed myself to be Hispanic of Mexican heritage.

I began to feel an overwhelming nudge by the Spirit to go prayerfully stand and support the largest gathering of Native Americans in more than 100 years at Standing Rock  North Dakota and to stand against the 3.8 billion dollar Dakota Access Pipeline (DAPL).  DAPL is a 1,172 mile-long underground oil pipeline project in the United States, which was supposed to go through Bismarck, North Dakota.  When the people of Bismarck (population 94% white) protested the pipeline, it was then rerouted through the Standing Rock Reservation.   DAPL will begin in North Dakota Bakken region and go through South Dakota, Iowa and into Illinois.  DAPL will transport 470,000-570,000 barrels per day of crude oil.  The Standing Rock Sioux Tribe has opposed the DAPL since they first learned about the plans back in 2014.  The pipeline will travel underneath the Missouri River, the primary source of drinking water for the tribe and millions downstream.

Energy Transfer Partners (ETP) is the oil company from Texas behind DAPL. In their haste to complete the pipeline before the winter, they have destroyed sacred burial grounds on Native Reservation land, shot water protectors with rubber bullets, sprayed men, women and children with pepper spray and viciously attacked water protectors with guard dogs.

How is it that ETP can get away with such violence without consequence? Why is President Obama very careful how he chooses his words in support of the Native American, yet so far, has refused to take action? Why didn’t either Hillary Clinton or Donald Trump ever mention the brutality taking place at the hands of Morton County Sheriff’s department in North Dakota and DAPL security?  According to The Center for Responsive Politics-OpenSecrets.org-one can simply follow the millions of dollars Transfer Energy and other oil and gas industries have pumped into various campaigns and officials.  Oil and gas companies pay millions so that our elected officials turn a blind eye to the devastation being caused to humanity, Mother Earth and all creatures.

At the end of October, I contacted my dear friend Sherry Woods and invited her to take a 16 hour drive with me to Standing Rock North Dakota.  We spent three nights and four days at the reservation. We camped in a tent on the reservation, and we participated in an anti-racism class, various blessings and other spiritual ceremonies.  One early brisk morning we participated in a sunrise prayer ceremony.   We asked for guidance from the four winds, Mother Earth and Father Sky.  It was absolutely beautiful.  It connected me in a most profound way to the Ultimate Source within me.  During the ceremony, we were each given tobacco to hold.  After the prayer, we put the tobacco in the bonfire.  Later I learned that Native Americans believe tobacco to be a unifying thread of communication between humans and the spiritual powers.

We were praying under this vast sky in view of these incredible mountains and this  exquisite sacred land. It stirred something in my soul. It spoke to something I think a lot of us are missing today because we’re so compartmentalized and disconnected from nature. To be outdoors on this sacred land was absolutely breathtaking, cleansing and an incredible spiritual experience. The experience at Standing Rock has profoundly changed my life.

The Army Corp of Engineers approved the project without proper consultation with the tribe elders.  After much protest from the tribe, ACE has “Stopped” the project until further review could be made.  This has not stopped DAPL, as a matter of fact DAPL has simply refused to adhere to the law and sped up the project.

So, why is Morton County Sheriffs Department  defending a multi-billion dollar industry that is breaking the law and arresting Water Protectors who are simply asking that the law is obeyed?  One can only speculate that the millions of dollars donated to Democrats, Republicans, and various elected officials has created an unjust system.

I am asking our Government and Morton County Sheriff’s department to put people over pipelines, to put people over multi-billion industry, to put people over greed.  Our Eco-System is in a state of grave danger. In North Dakota alone, there have been over 200 oil spill cover-ups.   I am asking you to call President Obama and ask him to help bridge the gaps between government and those who are elected to serve the people. Let him know you stand with Standing Rock and to stop the North  Dakota Access Pipeline . Ask him to give us back the ability to trust in those elected and to put people and creation over corporate greed.