"Remain Connected In Me" 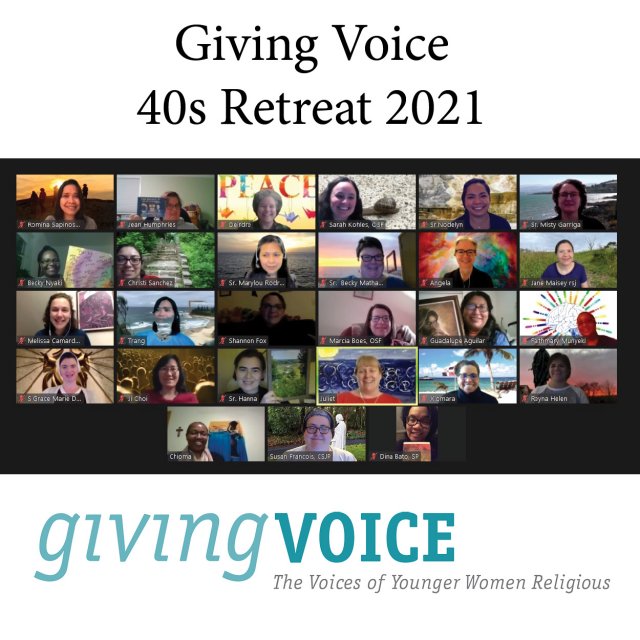 From January 15-17, Giving Voice sisters in their 40’s went on a virtual retreat. I joined 29 sisters from other religious communities in reflecting on the theme Remain Connected In Me. Having recently turned 40, I graduated to a new age group. I enjoyed meeting new sisters.

Prior to the retreat, each sister chose an image that showed where her heart was or what aspect of the coming year made her hopeful. They used them to create a Zoom background. On Friday, participants introduced themselves, including an explanation of their background symbol. I chose an image of Mary as Our Lady of Hope. This theological virtue has been a strong theme in my life in the recent past. As I prayed with the Incarnation during Advent and celebrated Christmas in a different way this year, I realized how important hope is. It was my gift from Jesus at Christmas and is a grace that I’ve taken into 2021.

On Saturday, Sister Becky Mathauer, OSB, gave a talk about how we can stay connected to our loved ones and communities during this pandemic. One way that she identified was through technology. This resonated with me. For much of the past year, I’ve found creative ways to maintain my relationships with others. I stayed close to friends and family through phone calls, Zooms, and social media.

In the afternoon, the participants initiated discussions they wanted to have. Several of them suggested topics, then led them for those who joined them. Each topic had its own Zoom room. Topics included: Recharging your spirituality, Bridging generation gaps in community, and Embracing diversity. I started a discussion on Creative Spaces. A group of sisters joined me to share about how crafts and art forms help them to express themselves and pray. I also joined one about how to support Giving Voice members whose communities are reaching completion. We brainstormed ways to be sister to others in this situation.

On Sunday, the retreat ended with a reflection on what each sister is taking away from the weekend. I found great hope in the support of my contemporaries. I experienced both unity and diversity in our commonalities and differences. Also, fostering relationships with sisters from other congregations and charisms connected me to the larger Church, which is always life-giving.